The ukulele originated in the 19th century as a Hawaiian adaptation of the Portuguese machete, a small guitar-like instrument, which was introduced to Hawaii by Portuguese immigrants, mainly from Madeira and the Azores. It gained great popularity elsewhere in the United States during the early 20th century and from there spread internationally.The tone and volume of the instrument vary with size and construction. Ukuleles commonly come in four sizes: soprano, concert, tenor, and baritone.They were once common in a concert size, but now the tenor size is more common for six-string taropatch ukuleles.

Typically, ukuleles have a figure-eight body shape similar to that of a small acoustic guitar.

Hricane always keeps high requirement in making musical instruments. A high-end Hricane ukulele must reach the standard of precise and perfect craftsmanship, sweet sound, comfortable grip and lasting stability. It really needs to pay great effort to reach these standards. Because there are more than 100 processes in making Hricane ukulele and DO NOT allow any slightest negligence in every process.

Well hand feeling is the key to a good musical instrument, which is reflected in smooth feeling and suitable thickness handle, ultra comfortable chord distance, gliding fret and comfortable strings. The distance of fingerboard to string is perfect. The handle and the body must be in a horizontal plane strictly when fitting the fingerboard. Use the fret is silk smooth and gliding.

Over the past few years, the ukulele has established a stronger presence in popular music, with songs surfacing like Somewhere Over the Rainbow by Israel Kamakawiwo'ole, Oh What a Day by Ingrid Michaelson, and covers of I'm Yours by Jason Mraz.

Ukulele as a four stringed instrument, most people will tell you ukulele is relatively easy to pick up compared to other instruments.Like anything though, if you want to be good, you have to set your mind to it. Don't expect to learn anything without putting in the time and effort.

Learning the ukulele just might allow you to jump start your career as a street performer. While the ukulele won't fit in your pocket, get a case for it, and you can take it wherever you goon the subway, to the supermarket, dinner parties, the beach etc. 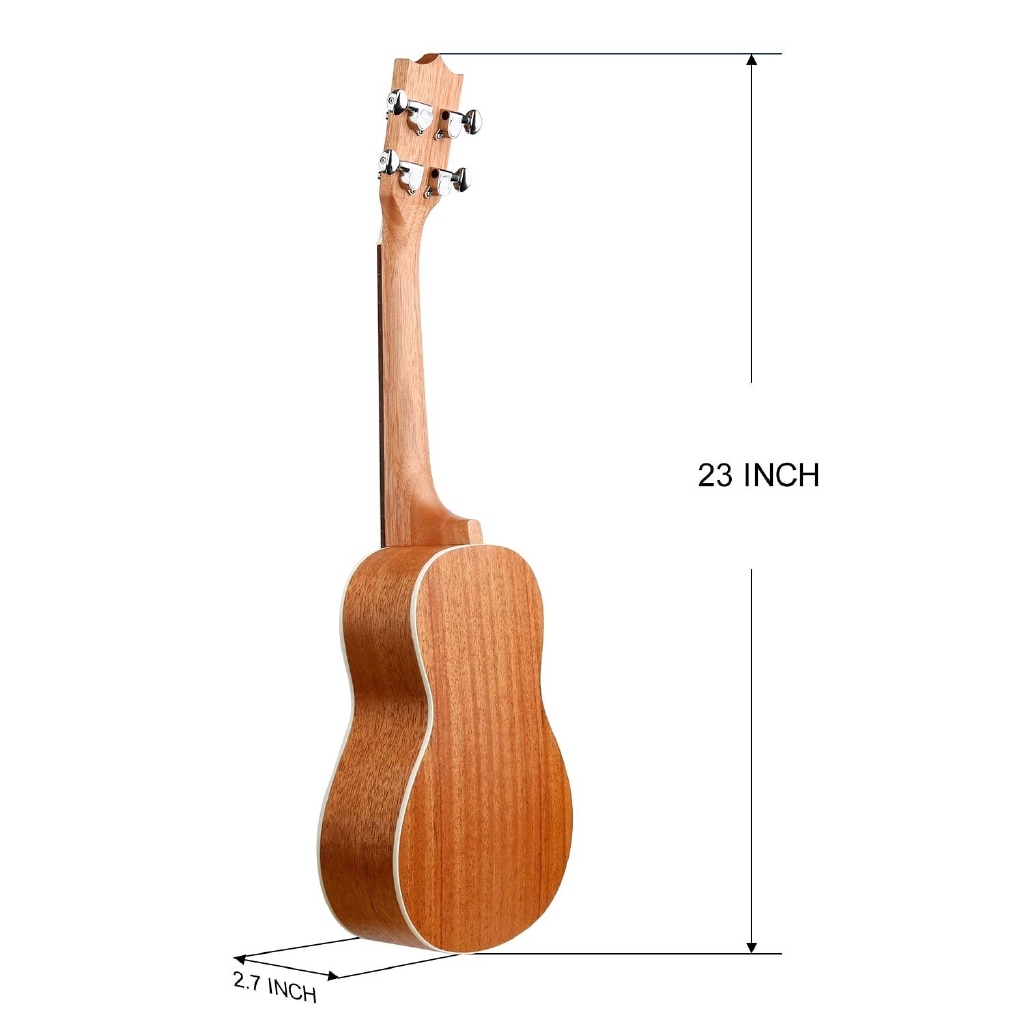 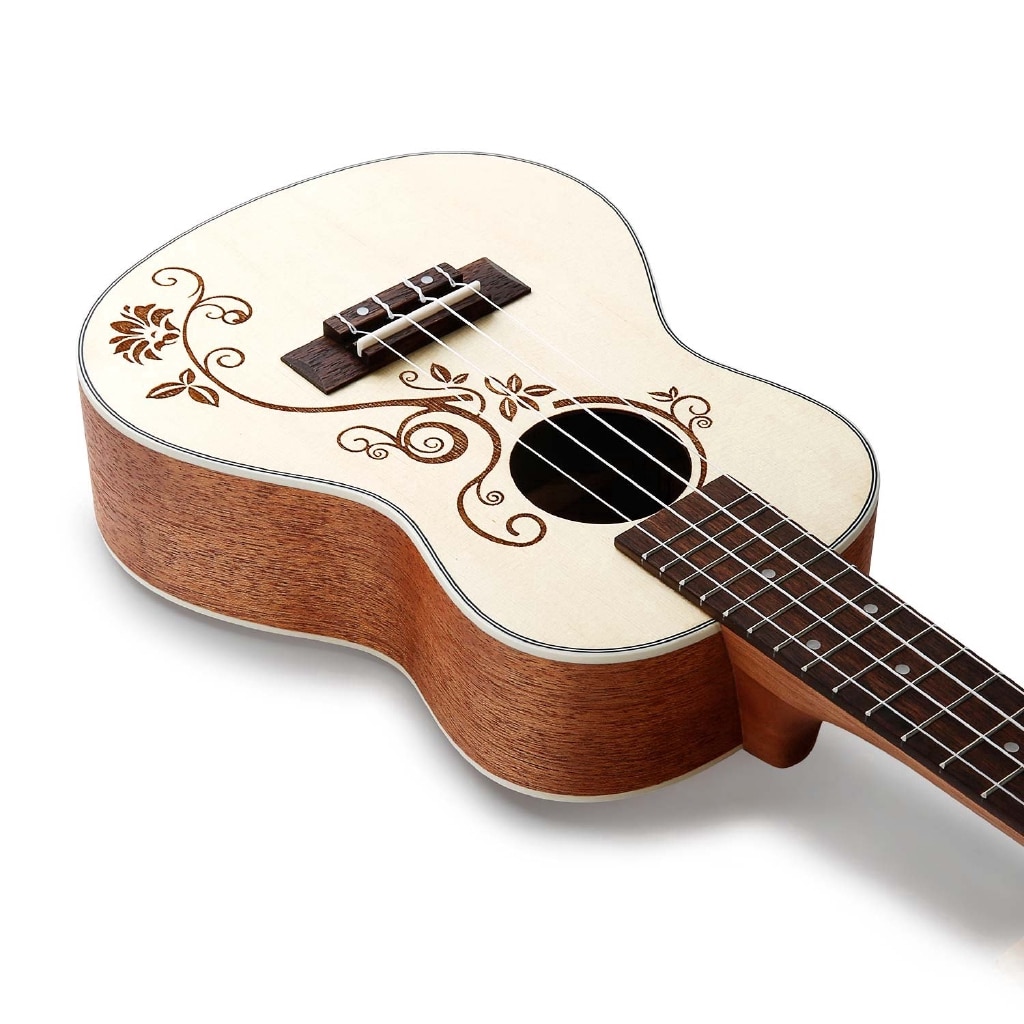